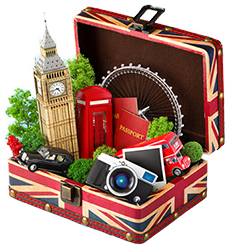 Stretching back to Roman times, London is a 21st-century city with incredible history and heritage. At its centre stands the imposing Houses of Parliament, the iconic ‘Big Ben’ tower and Westminster Abbey, site of British monarch coronations for over 700 years.

Across the River Thames, the elegant London Eye observation wheel provides panoramic views of the entire city. The city is a unique blend of stunning architecture combining the traditional with spectacular futuristic designs.

As a world capital of fashion, commerce, art, music, media and literature, London has been the birthplace of numerous cultural and social revolutions and is without a doubt, one of the most fascinating destinations in Europe.

We look forward to welcoming you to this great city!

London is on Greenwich Mean Time (GMT) only during winter months. The GMT time zone has the same hour offset (GMT +0) as the Western European Standard Time Zone. When Daylight Saving Time starts, London and the whole of UK are on British Summer Time (BST), which is GMT +1. 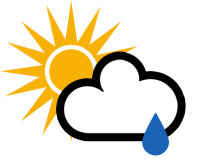 Autumn is a lovely time of year to visit London, as the weather is usually mild. Afternoon temperatures early in the month are around 17C/18C (62F/63F) and overnight low temperatures are around 10C (50F).

Days are often sunny or with partly sunny skies. It rains an average of 10 days during October so occasional showers can be experienced. Sunset is 6pm.

The UK currency is the POUND (£). Most hotels, restaurants and shops accept internationally valid credit cards. Cards are also accepted for all train travel and many black taxis can now be paid by cards (check at the start of your journey)

In the UK the power plugs and sockets are Type G.

The Type G electrical plug has three rectangular prongs in a triangular pattern and has an incorporated fuse.